The Summer Lecture Series will come to an end this month … thank you to all who have attended. I promised to try and do a lecture on Emily Chubbuck, as well as Eaton’s famous missionaries with its links to Colgate University that included Nathaniel Kendrick, its incorporators, Jonathan Wade, and the many others. so it will be Aug. 29th at 7 pm at the Old Auction barn.

Most interesting to me was a visitor to the old stone museum who actually knew who Emily Chubbuck Judson was. Of course the woman was a writer and journalist… but still…Emily dates back to 1817.

Born in Eaton Emily became a writer of children’s stories under the pen name Fanny Forrester. She started writing articles for the newspapers and put them together as a book of famous short tales about the Eatonbrook . The Eatonbrook is a little stream still runs today through Eaton and behind the Old Town Museum today. Then it was call the Alderbrook and her stories of “Alderbrook Tales” put together as book sold very well. Emily of course became famous in the mid-1840s when she married Adoniram Judson the American Missionary to Burma. Her life and her writings about Judson’s earlier wife made quite an impact on the Baptist world in her time.

Certainly the most famous woman writer of her time and a woman credited with moving America toward abolition was Harriet Beecher Stowe. The Old Town Museum contains information on her family and her husband’s family as they are directly related to the Stowes and Morse-Bigelows who settled Eaton. 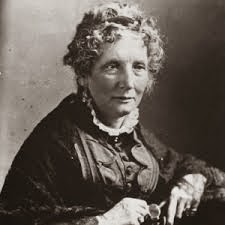 Harriet’s book “Uncle Tom’s Cabin, like Chubbuck’s “Alderbrook Tales”, was also a serial book first carried in the periodical “National Era”. Later as an actual book it was translated into different languages and became a best seller in many countries. In the United States the only book that sold more copies in its day was the Bible. In its first year it sold 300,000 copies here in the USA and 200,000 copies in England. It effected a change that some feel led to the Civil War. It certainly stirred the sentiment of a great swath of the country toward abolition.

Another woman later did the same thing with her only actual full-length novel, a book in part based on an actual experience that happened in her early life called “To Kill A Mocking Bird”.

With the release of this book… Harper Lee became an overnight sensation. The 1960 book won her the Pulitzer Prize and was rated in England by librarians as “a book every adult should read”. The story in a way contributed to social change since it addressed race relations, equality and life in the “Deep South”… among other things. A book used in classrooms and made into a movie…it has never been out of print.

So women…get out your pens…start writing…there are a whole lot of social issues that need to be addressed today. Remember it only takes one book to make a difference. Wish

I could make a difference with my blog…but if I got someone else to write the big book…. I will have. SO WRITE!